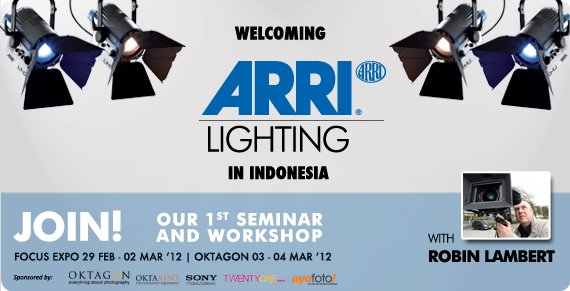 I started out as a camera assistant for "MVH" at Pinewood Studios in the late 70s, becoming a camera operator before taking time out to have a "mid-life crisis" at 21.
After a spell in the Royal Marines and the Metropolitan Police, having rid my system of any excess testosterone I returned to camerawork, this time in television.

After a period as a camera operator for Clapperboard Productions in the mid90's I worked as a Location Sound Mixer for German state television whilst waiting for a position as cameraman. Three years later I finally moved backinto the camera department but in the meantime, gained a respect and love of sound recording which I have retained.

For the past 20 years I have worked as a lighting cameraman for various companies, ZDF as "staff" others as a freelance. I have filmed docs for the BBC and FOX, been a "hard news" cameraman for CNN and WTN, filmed drama for ARD and ZDF and lit studio productions for MTV, NBC, ZDF, ARD and others.
In 2002 I was given the chance to co-direct a feature film for TV "Crossfade", which I successfully completed before returning to my first love - camerawork and lighting.

I've lit presentations and press events for Mercedes, Siemens, Airbus and EADS in France, Netherlands, Germany and Russia and am a member of the Society of Television Lighting Designers.
I have presented seminars on lighting all over the world for Arri, Dedolight, KinoFlo and Ianiro and been a guest lecturer at various SAE film schools.

I've written for various trade and consumer magazines, having a regular column in Digital Video magazine for five years until it closed.

Most importantly, I am not half as pleased with myself as this CV might suggest and am constantly learning and improving!

2011 - Moved to Cornwall to work on my suntan, catch up on my reading and remind my wife what her husband looks like. I'm still available, booked directly. Although clients can still book me through Camera Crew, WTF and WWP agencies.

ENG Cameraman
Public Company; 1001-5000 employees; Broadcast Media industry
1999 – 2001 (2 years)
Worked mainly as an ENG cameraman covering stories ranging from Russia and the Balkans, to Sudan, and Ethiopia.
My main advantage is that I'm not an adrenalin junkie and my crew and I always knew when to stop filming and run away!
Location Sound Recordist
Public Company; 1001-5000 employees; Broadcast Media industry
1996 – 1998 (2 years)
I worked as a sound recordist/mixer, starting out on current affairs stories before moving intodocumentaries. I then learnt drama recording techniques and recorded/mixed a a 60 minute TV drama "Casanova" before a position in the camera department became free and I transferred back.

Limited Seat! Only 15 person for each workshop, Booked Now!